We all need inspiration from time to time. This could be Al Pacino yelling at you, Steve Jobs asking you to never settle or Grandma telling you that you have a double-chin. Mathematician Paul Erdos needed none of this. He found inspiration in proving things. Specifically, mathematical theorems – without anyone having to yell at him or even pay him. Paul Erdos was a man that never settled, literally and mathematically.

What drew me to Paul Erdos was he didn’t prove insanely hard mathematical theorems because a distant aunt threw down a challenge when he was five or because some girl called him a loser on their first date. He proved impossible theorems not even to prove anything to himself.

He proved to leave proofs.

In a way, we are all mathematicians. Only, instead of theorems and problems, we have a life. And we are constantly trying to prove that this life can mean something. More specifically, as many of the inspirational speeches go, we are trying to:

Now, this sounds great with the rowdy music at the back and Leonardo di Caprio’s wolfy eyes staring at you. But it’s not the healthy approach to going about proving a mathematical theorem, much less your life. Because what they don’t show you are the parts where Di Caprio crawls down the steps in a drug-induced coma, wrecks his Lambhorgini, and ends up in jail.

Now, this whole idea of proving them wrong or proving something to yourself can seem inspiring at first; especially if you were dealt a difficult hand growing up. But, it’s a terrible end-goal to be after. It’s like the Joker burning money and blowing up buildings just to prove that, deep down, everyone is a psychopath 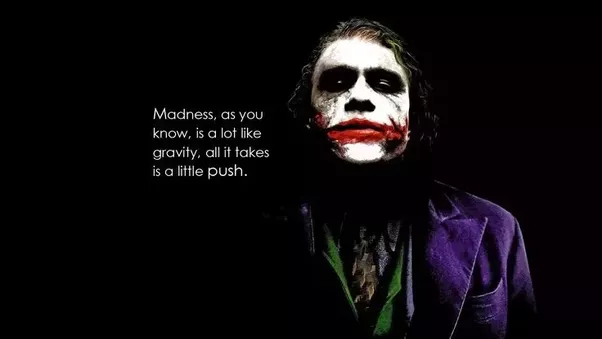 You can’t want something just because someone said you can’t have it.

We are reaching a point where we all have the freedom and opportunity to want things different from everyone else. And this could sometimes mean giving up fame, opulence, or authority. But most of all, this means giving up the need to burn away your dreams just to go set fire to the limits someone else placed on you.

My friends often ask me why I write. My answer used to be, I write for myself. And they would gape at me like I said something totally dope. But, that answer actually meant nothing.

I never really read or wrote as a kid. I started writing not to prove anything to anyone (not even me). I wasn’t writing because I was one of the few people that got a ‘C’ in writing course (which I did) or because everyone’s essays got published in the yearbook except mine (I’d still like to believe this was a genuine mistake).I wrote because, what numbers did to Paul Erdos when he was a baby, words did to me for the first time in 25 years. Too late?

What I realized is that behind everyone that finds their doing something for themselves, there’s a latent desire to leave proofs. Even if nothing becomes of these words, I sure wish they serve as some proof – of hope in hopelessness, of attempt in futility, of perseverance in pointlessness – to anyone that feels it’s late and loserish. This isn’t leaving behind a legacy. It’s leaving behind faith.

Paul Erdos was one of the most prolific mathematicians of the 20th century. And in the process, he left behind faith for many many people. Although most of his original proofs are now forgotten, the effect of his proofs still spreads across the world of Math like a sneezing baby panda video.

This is what is know as Erdos number, which in essence is Erdos’ or his proofs’ influence in further mathematical breakthroughs. The closer the number to 0, the stronger the influence. The current estimate is that 90% of all active mathematicians in the world have an Erdos number of less than 8. And here’s the rad part: since every field from rocket science to computer science makes use of math, there’s a possibility that Erdos number could stretch up to infinity. Talk about putting a dent in the universe.

I don’t know what it is you are trying to prove at the moment. But, I really hope you are not doing it because you want to prove someone wrong or prove what a badass you are, even to yourself. I hope you don’t reach the end of having proved something and then wonder what the point even was. Because the point most often is that you got too busy proving them wrong instead of doing something that felt right.

What I wish for you – for us – is that we leave proofs behind. Of hard work, possibility, and grit. Failure even.

Because that’s what those coming behind need. We don’t need people handing them a list of 13 things to prove before you are 30. And we sure as heck don’t need to hand over more evidence of people that proved how rad they are way back when they were only a set of chromosomes. We don’t want baritone men yelling into their faces about how they should prove everyone wrong.

I hope you add proofs to the infinity to follow after you become unknown.

[1] There’s no Nobel Prize for Math and one of the most common reasons is that Alfred Nobel (the prize was named after him) cheated on his wife and the woman he diddled with was a Mathematician. His wife forgave him only after he promised her he wouldn’t have anything to do with – Mathematics – ever again. As baseless (he wasn’t even married) and nutty as that is, it shows the world will say dumb shit about you, however long a legacy you leave behind.