In 1961, inside one of the basements of an Ivy League University, something horrific was taking place.

Innocent people were being electrocuted to death.

There was no discernible motivation behind the crime. Not vendetta. Not capital punishment. Not even the general psychopathic rage that comes with academic rigor. Fully functional and sensitive human beings were killing off hoards of innocent people for one reason alone: someone told them to do so.

The exact words to carry out the electrocution unto death: Please continue. 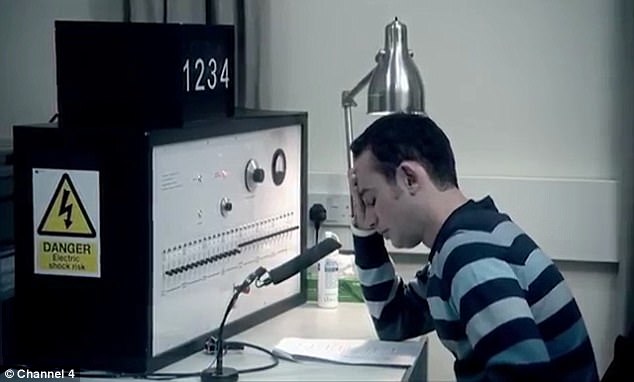 The scene of the crime

The Milgram experiment paid 4$ for an hour (30$ today). So it wasn’t about the money. The point of this experiment (no one actually died) at Yale University was to show how humans could be reduced to fiendish brutes in the face of authority. The larger purpose of the experiment was to understand the vicious phenomenon known as the Holocaust.

The question: Did people blindly follow orders when it came from an authority?

According to the experiment, the answer was a merciless and resounding Yes. The experiment involved test subjects (the people who got paid 4$ and who didn’t know the larger purpose) subjecting a bunch of people (actors) to a series of increasing electric shocks each time the actors gave wrong answers to the questions they were asked (by the test subjects).

The 4$/hour test subjects, as you know by now, were pretty ruthless when it came to being given the wrong answers.

The actors for their part deliberately gave wrong answers and faked intense screams each time they were subjected to increasing shock levels, and even fell silent (fake died) after a point.

When some of the test subjects got concerned, the man himself, Stanley Milgram ambled onto the scene and told the subjects to continue. And continue they did. Not everyone, but a significant portion: 66%. These experiments have been replicated in different parts of the world to similar results.

All of this uncovers something profound. Screw challenging the status quo. We’ve got a bigger problem: obeying authority. Because that has resulted in more destruction than challenging the status-quo can ever repair. And the reason it’s important now more than ever is that we are constantly injected with a generous dose of catastrophe by what we consider ultimate authorities.

If history is any indication, man-made-catastrophe ⇔ authority.

What can you do?

At an individual level, this means not placing an unduly high level of importance on sources of information that are backed by one angle alone (or sources that will do anything for 4$ in ad-revenues).

Most importantly, it’s being wary of sources that you think just can’t go wrong. That is, by definition, how we fall prey to authority.

Classic example: For two years now, Late Night shows, under the pretext of delivering news have been crapping on Donald Trump. This makes you believe the guy is devil reincarnate and the whole world must loathe him. But here’s the unfunny reality: his approval ratings have only gone up and he’s gearing up for a re-election in 2020¹.

What’s worrisome about authority going wrong is that after a point, it makes us numb to everything because we aren’t sure what’s real anymore. So we stop believing in everything.

And that’s what is happening now. And it’ll take some effort on our part to change that.

Our information diet cannot be a buffet of sensational screams. We need to put in the hard work of educating ourselves. History, Statistics, and Psychology are great subjects to start with².

You will realize the world has been through far worse and there are enough issues to contend with inside your own home, constituency, city, state, country before you stock up for a world war.

You will understand expert predictions that sound most accurate also turn out to be most wrong and most often, statistically insignificant.

And, slowly, you will also come to see how the human mind is a magical goo of awesomeness but it’s also the worst form of authority there is. So, if anything at all, don’t take yourself too seriously.

What’s insidious about authority is that it can override the most rational parts of our brain. Beyond Milgram’s prodding, the subjects at some level had to convince themselves they were doing the right thing by administering the shocks.

The greatest favor we can do ourselves as adults is develop a healthy respect for authority while maintaining an educated distance from it. That means seriously questioning the credibility of the information you read on Social Media. That means putting facts over feelings. That means being wary of knowledge accumulated through a single authority.

When Stanley Milgram told Phd’s, senior psychology majors and trained psychiatrists about his experiment, they insisted it wouldn’t work because people would never continue after the initial few shocks. Even people who know people best get it wrong.

As you grow up, you will realize much of the world is one giant Milgram experiment, the point of which happens to be shocking you into submitting to a certain set of beliefs.

It’s unfortunate when this happens inside families and schools. Even workplaces can be notorious at this. Behind the brand is a series of Milgram experiments with shitty bosses buying your morality for 4$ an hour. When this happens at a large scale, it becomes political.

I don’t want to leave you feeling everything’s just fine and dandy either. It’s not all unicorns and cheese popcorn. The horror of events like the Holocaust exposed us to our infallibility, and we need to remind ourselves we are wired to obey authority.

But to educate ourselves through authority can cause cataclysmic problems. We need to accept that there will be wrong answers — mostly answers we don’t like. There will be people who’ll say things that’ll make you slap yourself eleven times — and occasionally they will be right; feel free to give yourself eleven more.

If we need a better world, it’s up to us to make sense of it through acceptance and understanding and let go of this raging need to electrocute everyone that gives us the wrong answer.

To sum it up, here’s Abe Lincoln:

We are not enemies, but friends. We must not be enemies. Though passion may have strained, it must not break our bonds of affection. The mystic chords of memory will swell when again touched, as surely they will be, by the better angels of our nature.

2. Good resources to start with: Sapiens, Everybody Lies, Thinking Fast and Slow.